Meet the Men Behind Glasslines

In April 1991, Mike Bloomberg set up Glasslines to supply everything needed to succeed in the hospitality and licensed trade. The following month Mike approached Alan O’Donovan, someone with comparable knowledge of the trade, to join him.

Glasslines has been operating from its Liverpool city centre HQ for over 30 years.

But Mike Bloomberg and Alan O’Donovan were well-known figures on the Liverpool hospitality and licensed trade scene before then.

Mike started his career in the publican trade after working one summer at the Halfway House, Woolton Road. He progressed within the industry, managing Liverpool nightclub, the Sign of the Dove, multi-tenant operations in East Anglia and eventually returning to the Liverpool area as Tenanted Sales Manager for Tetley Walker.

Alan also knows the Liverpool scene well. Starting out as a glass collector, then working doors at top venues like Plummers, Chaucers, Club Continental and Trader Jacks, Alan became manager at the world-renowned Cavern Club having worked at Norma Jeans and The Abbey Road.

The two met when Mike was Tetley Walker Area Manager and Alan was managing The Mulliner on Smithdown Road, Liverpool. 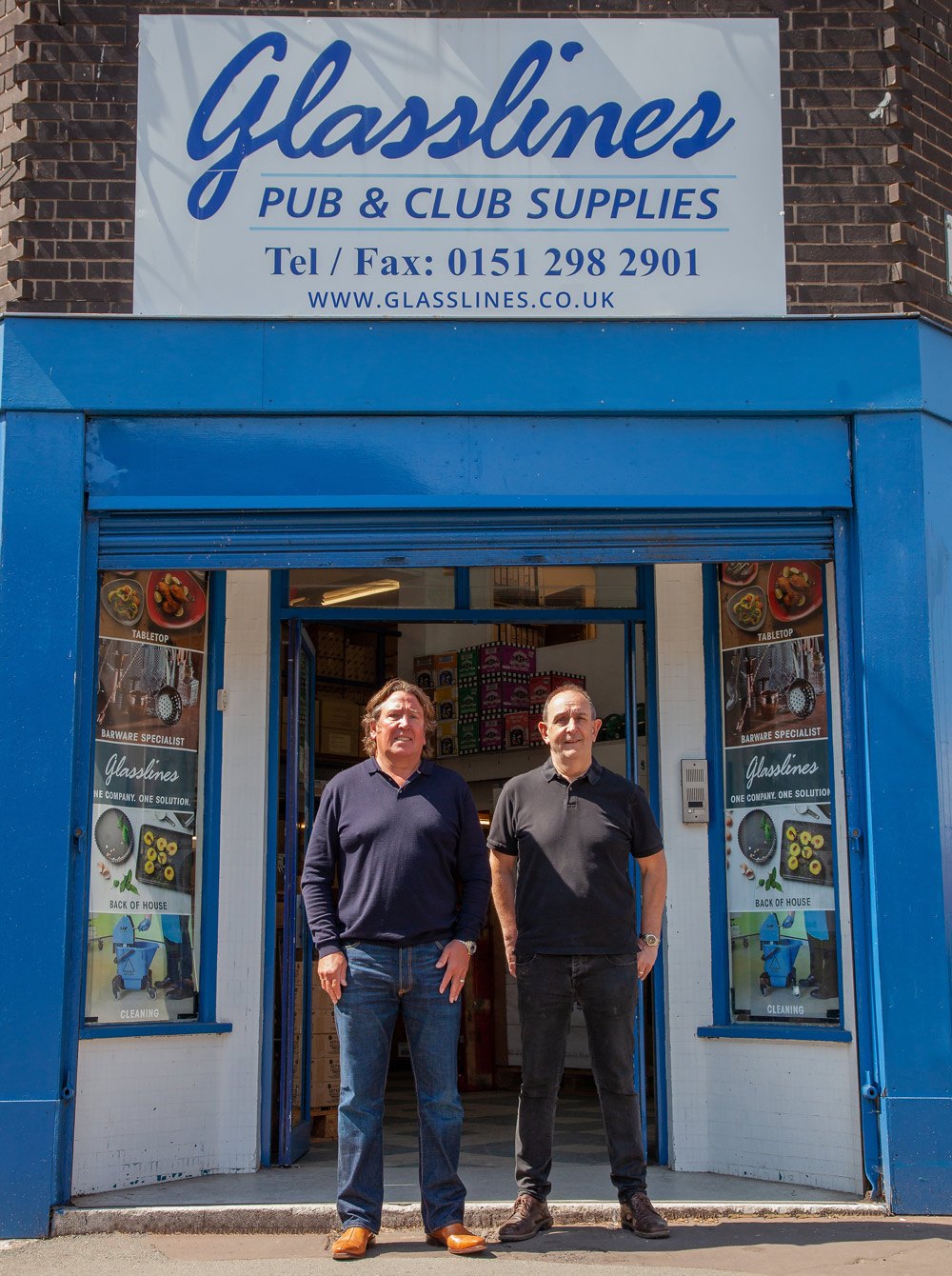 With this extensive, hands-on industry experience, Alan and Mike are the go-to team for advice for both start-up and experienced companies alike.

In Liverpool’s thriving environment, their number one tip is to know your market then add value by offering something a bit different. They stress the importance of costing correctly and ensuring adequate funding at the outset. Alan and Mike are passionate about working with start-ups as Liverpool’s vibrant day and night life continues to flourish. Their encyclopaedic knowledge of the trade makes a great starting point for those venturing out in such a competitive industry.

When you’re out about in the city, it’s highly likely you’ve encountered Glasslines’ products and supplies along the way. Regular clients include restaurants, bars and bistros in Liverpool’s entertainment hotspots: Allerton Road, Lark Lane, Woolton and of course the city centre. And it’s not just bars and restaurants. Liverpool’s top tourist attractions also count among Glasslines’ principal customers.

Alan and Mike are watchful of upcoming trends and predict street food / pop ups will continue to grow. And watch out for competitively priced, durable and great looking crockery from Indonesia. They also predict we will see quirky, eclectic glassware getting the edge for many bars wanting something fresh.

Whether you are new to the trade, or have an established business, Glasslines are here to meet your supply requirements and help you make a success of your business.

Glasslines is a wholesale suppliers to the bar and hospitality trade. We stock a huge range of glassware, bar and cocktail accessories. Plus paper hygiene products and bar sundries, high end or great quality budget ranges and everything in between.

Our premises on the corner of Kempston Street and Gildart Street behind London Road in Liverpool city centre have parking spaces adjacent for customers who call in. Alternatively we offer a same or next day delivery service throughout the Merseyside area.

We stock Arcoroc,  John Artis Glassware, IG products, Burts Chips and are able to source specific products for you from our network of suppliers.

We have created a range of best selling and very competitively priced Everyday Specials available to buy online, by ringing 0151 298 2901 or in store.